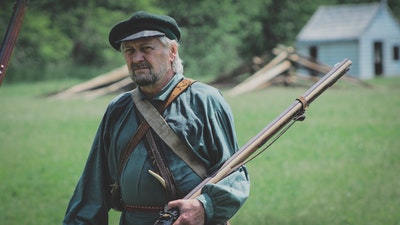 When soldiers leave their country for the war, being emotionally healthy and physically fit is required in order to do their job well. When they return from the war, they usually deal with many health issues. Most veterans deal with Prolonged Grief Disorder and Traumatic Brain Injuries. They can also experience some undesired flashbacks from the war such as poor sleep, suspicions, suicide surrender, erratic behavior, as well as higher rates in both alcohol and drug disorder. Physical disabilities that they might have suffered from the war include spinal cord injuries or amputation. Emotional reactions usually include feeling of sadness, empty, overwhelmed, and guilt. Feeling detached from their surroundings, not talking and sleep disturbances are just some of the behavioral reactions they might experience. Furthermore, spiritual reactions include abandoned faith, uninterested about their future, feeling of abandonment, and loss of purpose. It is a fact that it is not easy for the returning veterans to adjust their lives after the war, and the additional troubles these symptoms bring can drain their psyches even more, and that is when problem usually come in. This then caused a new awareness with regards to the need to execute effective treatments for these war veterans.

Some of the war veterans take prescription medicines without medical supervision and think about ending their lives. There are several war veterans who loss their sense of purpose in life and experience hopelessness. For some war veterans, the symptoms from PTSD make problem between them and their family and friends. Moreover, a lot of veterans who suffer from PTSD refuse to get professional help is because they do not want to remember bad memories from the war, getting pessimistic about getting support from others, and they prefer to do it themselves and stop relying to other people. Some of the returning veterans do not want to share what they experience in the war to those who were never involved in any combat, so they make that aura of impenetrable reserve. Every month, the VA’s suicide hotline have approximately 10,000 calls. A total of 950 suicide attempts occurred each month by the returning veterans receiving care and 18 veterans die by suicide each day. The condition might seem despairing but a lot of treatment options are available such as medications and CBT.

It is very essential that they have access to the best health care or support group. There are actually a lot of organizations like Sof missions and help groups whose missions are to help the returning veterans and they usually offer them a holistic approach to deal with them when they come back from the combat. Many of these organization offer not only both physical and psychological needs but spiritual needs as well. These groups and organizations are their to help reinvigorate the hope and sense of purpose of both the veterans and their families.

You can check on this site for more information: https://www.huffingtonpost.com/entry/maximizing-the-value-of-veterans_us_5a06285ce4b0ee8ec369416e.